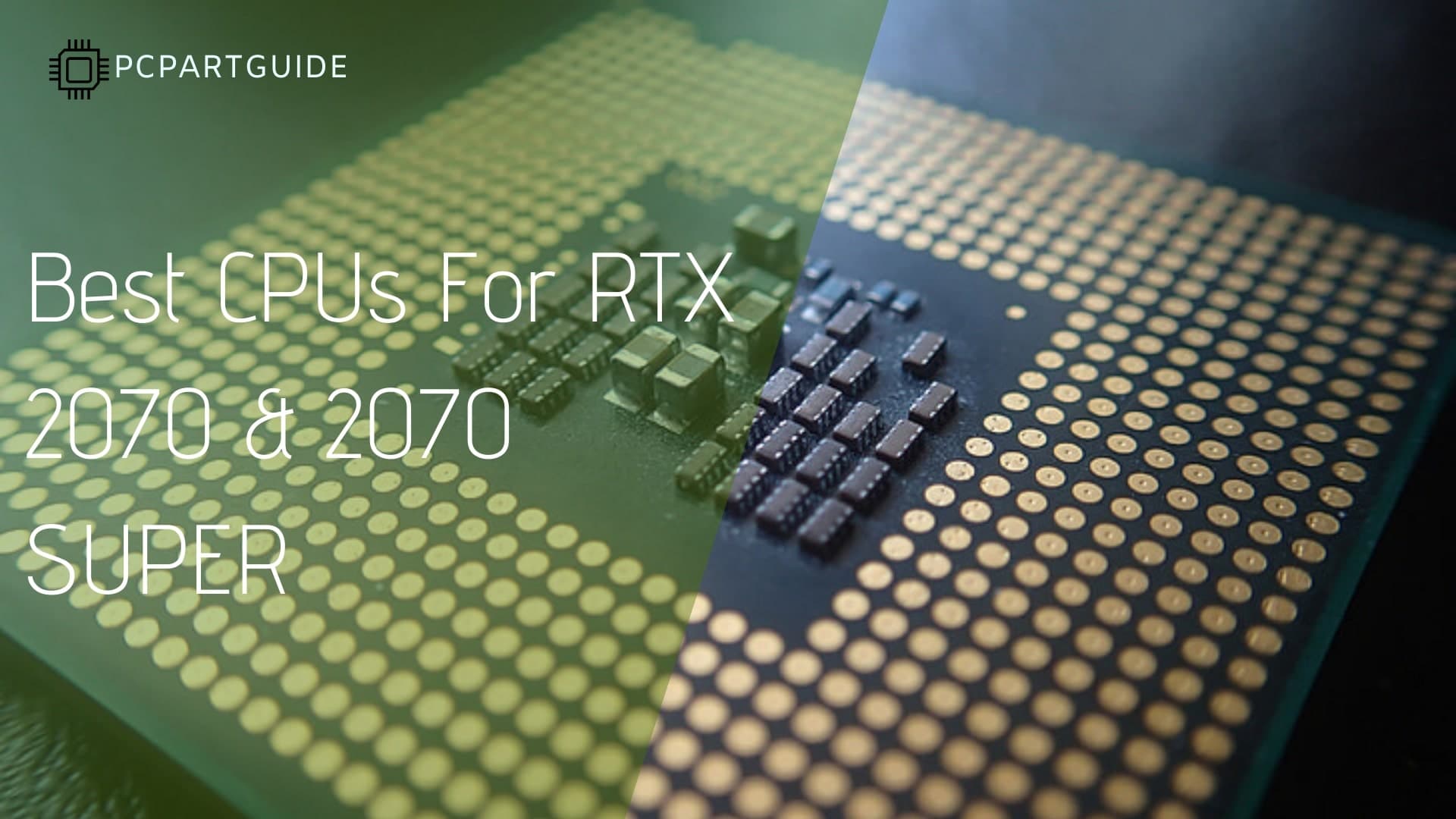 Finding a great CPU/GPU combo can be tedious, so we’ve compiled a list of great compatible CPUs with their own unique uses for the 2070 & 2070 SUPER.

The RTX 2070 & 2070 SUPER are between mid & top tier when it comes to graphics performance, the 2070 SUPER obviously being closer to top-tier. They’re part of the NVIDIA RTX 20 series which is essentially the successor of the NVIDIA GTX 10 series.

Purchasing a top tier CPU for your RTX 2070 or 2070 SUPER is a beneficial move that can be seen as a long term investment. While costly, you’ll have a future-proofed CPU, so you’d most likely upgrade your GPU before your CPU. This also minimizes the chances of bottlenecking the GPU which can limit performance in games.

The reason the I9 9900K and the KS are the best gaming processors as of 2020 is because of the single-core performance. Most games are able to multi-thread, but they still heavily rely on single-core performance. It has a base clock speed of 3.6 GHz and a boost clock speed of 5 GHz. The 9900K/KS is great at overclocking, all you need is a decent Z390 motherboard to handle the overclock.

If you’re expecting a stock cooler with your 9900K/KS, then you’ll be disappointed to find you need to purchase an aftermarket cooler. We have an article discussing the Best CPU Coolers For The I9 9900K/KS. It at least comes with integrated graphics, but you’ll be using either the 2070 or 2070 SUPER.

The performance of the 3950x lies within the number of cores/threads processing information. It has 16 cores and 32 threads, while not the best gamer, it can sure push out a lot of raw multi-threaded performance. Applications that utilize and scale well with multiple cores will benefit from this processor.

If you fancy a processor that can game and also crush productivity tasks far beyond any other processor’s capabilities, then this is the CPU that does that effectively. It has enough single-core performance to handle the most demanding games of 2020, and enough cores for multitasking.

With AMD’s top processors, you receive a stock cooler which does a great job for most applications. I would only recommend an aftermarket cooler if you’re looking to push the limits of your chip. Additionally, it does not come with integrated graphics which is barely anything to be concerned about. Also, PCI-E 4.0 is only supported with the latest x570 motherboard, so if you’re building a new PC, pick up an x570 motherboard to utilize the latest technology.

Mid-tier CPUs are perfect if you’re trying to build a decent PC without breaking the bank. The prices may be lower than the top tier CPUs, but the performance is more than enough for today’s applications. If you’re gaming, you don’t necessarily need a god CPU, just a decent CPU with good single-core performance.

For its price, the 9700K/KF is probably one of the best gaming processors simply because it keeps up with the I9 9900K in most gaming scenarios. It has 8 cores and 8 threads it’s a shame to see this generation of I7 to lack hyperthreading, so you’ll be lacking in the productivity department.

The difference between the 9700K and the 9700KF is that the 9700KF is missing integrated graphics. So it’ll make better sense to go for the 9700KF considering you’ll be using an RTX 2070 or 2070 SUPER instead. Go with whatever’s cheaper, likely the KF will be cheaper due to the disabled silicon.

There is no stock cooler to come with the I7 9700K, so you’ll most likely need to pick up an aftermarket cooler. If you don’t already have a cooler lying around, check out this dedicated guide regarding the Best Coolers For The 9700K.

The Ryzen 7 3700x is able to deliver a lot for a small amount of power. This power-efficient CPU is able to provide 8 cores and 16 threads clocked at 3.6 GHz base and 4.4 GHz boost at a TDP of 65W. The Multi-core performance is even better then that of the I9 9900K outperforming it in the Cinebench R20 multicore test.

Single-core performance, however, falls shortly behind meaning gaming performance most likely won’t compete with the I9 9900K or even the 9700K. What this means is that this processor is perfect for you if you’re processing heaving multi-threaded workloads any a little gaming on the side. People that do a lot of productivity tasks such as video editing will benefit from this processor.

Like most AMD processors, you get a beefy stock cooler if you’re not into spending extra money for a cooler. The stock cooler is called the Wraith Spire cooler, and it is sufficient enough to handle the Ryzen 7 3700x. Also, if you use an x570 motherboard, you’re able to use PCI-E 4.0 which is always positive since it’s the latest generation.

It isn’t the fastest AMD processor out there, but for its price, you can pick up a high core/thread count and decent clock speed processor. It has 6 cores and 12 threads clocked at 3.6 GHz base, 4.2 GHz boost for the price of around $160, this is a great CPU for budget builds.

Single-threaded performance is average that isn’t what the Ryzen 5 2600x is made for though, you’ll have more success using it for highly multi-threaded applications. Since games are more dependant on a single thread, it doesn’t mean the Ryzen 5 2600x is useless. It’s a budget CPU that can game pretty well, you’ll only lose a few frames compared to the I5 9600K.

What makes this an even better budget option is that it comes with a highly capable CPU cooler for free. The Wraith Spire cooler which the stock cooler is called does a great job taming the processor plus it looks aesthetically pleasing. If you are looking for an aftermarket cooler, you can check out the Best CPU Coolers for 2020.