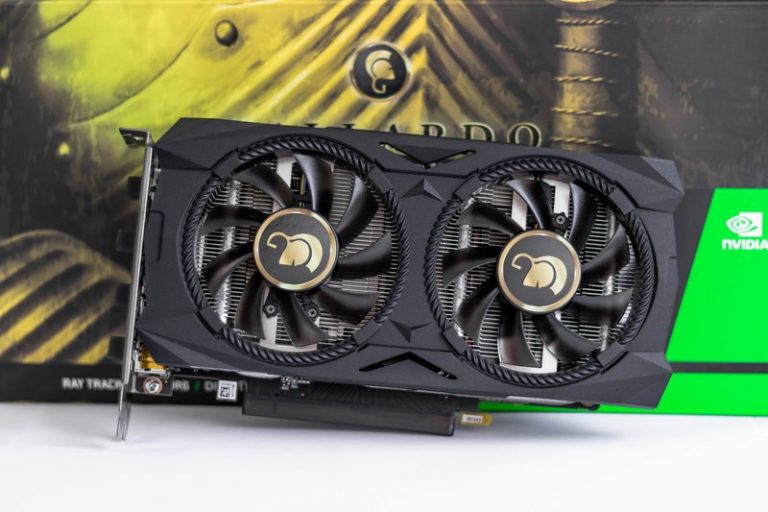 1440P is a great balance between performance & quality. It is the sweet spot when picking out graphics cards for Video Editing and Gaming. It is in the middle of 1080P & 4K, 1080P being more on the performance side, and 4K on the quality side.

1440P is amazing since it offers beautiful visuals and smooth gameplay, especially at 144hz. You can even achieve this with some budget cards as 1440P is slightly budget-friendly.

As 1080P continues to become less prevalent and graphics cards are getting updated frequently, the resolution standards are bound to evolve with it. It is the golden time 1440P or Quad HD(QHD), and it should continue to be popular in the next couple of years.

AMD Vs NVIDIA, What GPU Brand Should I Buy?

It is said that AMD is the cheapest option and NVIDIA is the premium GPU supplier. While there is some truth to that, AMD has definitely produced some powerful cards, and NVIDIA has decent affordable cards.

For Video editing & Gaming On A Budget, AMD is still king when it comes to taking their customers’ pockets into consideration. This can be seen with the RX 5700 XT which offers great performance for the price.

For Raw Performance In Gaming & Video editing, NVIDIA wins this round. They simply produce more powerful cards regardless of how much they cost. This can be seen with GPUs such as the RTX 2080 SUPER and the 2080 TI.

Here is a link to a comprehensive guide on how to purchase a graphics card correctly.

A lot of us happen to be in a hurry and that’s understandable. So here’s a quick summary of the list of Graphics cards for 1440P in a table.

The GPU(s) in this tier is for the users that want to build a monstrous PC whether it’s for gaming or video editing. All the GPU(s) on this list are able to game at 1440P 144HZ with relatively high settings. Just so you know, these GPU(s) are capable of more than 1440P and because of this, you will essentially be set for the future(Future Proofing).

The 2080 SUPER is a super beefy graphics card, and the performance is more than enough for 1440P gaming. You’re more than capable of reaching 144FPS to benefit from 144hz refresh rates. It outperforms the RX 5700 XT, you can expect a 10-20FPS increase in most games.

It is a solid graphics card if you only care about performance, especially going with ASUS with their factory overclocked GPUs for even more performance.

AT max load, the temperatures are not too bad, the GPU core only peaks at around 65C. Ensure that your computer case is well ventilated to prevent your graphics card from reaching anything higher.

ASUS cards usually come with great performing coolers, this is because they put the extra time and effort into cooling and acoustics. The fans that come with the RTX 2080 SUPER are made to keep the cores cool whilst maintaining a low profile at the same time.

The “Axial-Tech Fans” are made for efficiency. They’ve increased the blade length and included a barrier ring to maximize durability and downward air pressure. Not to mention, the cooler itself is every dust resistant thanks to the IP5X dust filter to shield the internals.

If you’re looking for the most powerful GPU for gaming or video editing then the 2080 TI is literally that GPU. Purely from a price/performance perspective, the 2080 TI is a better bang for your buck compared to the TITAN RTX.

At 1440P, you can pretty much max every demanding title, Assassin’s Creed Odyssey runs at a steady 100FPS at max settings, and Battlefield V at 160FPS+. Currently, the 2080 TI is in the lead when it comes to Raytracing. If you want to leave those unrealistic reflections behind for a more immersive feel, the 2080 TI is the GPU for you.

Moving away from the beastly performance, the 2080 TI runs exceptionally cool which is surprising considering the power the GPU packs. At full load, the GPU barely touches 70C, perhaps this is because of the premium cooler provided by ASUS.

Mid-Tier GPUs are essentially in the sweet spot when it comes to 1440P 144HZ. They don’t offer beastly performance, they offer performance that’s just right. They also come at a more affordable price tag, so you can pick up or build a decent gaming PC without breaking the bank.

The RX 5700 XT is actually a beast at 1440P gaming. Frame rate wise, it is on par with the RTX 2070 SUPER, and it has no problem running demanding games 60FPS+ at 1440P. You can actually reach 144FPS in battlefield 5 meaning 144hz gaming is possible with this GPU. The average frame rate in BF5 is around 100 FPS at ultra settings.

To cool this GPU, you have 3 80MM fans which are pretty decent at cooling the graphics card even at full load. It has a few features that increase cooling efficiency such as the alternative spinning fans. The alternate spinning fans are gigabytes way of solving many cooling problems such as turbulence.

Looking at the design, you can tell that gigabyte put a lot of thought into making a clean looking GPU. The brushed all-black texture gives a simplistic vibe that can compliment any build.

The design of the fan blades is quite unique, it has a triangular edge whose purpose is most likely to enhance airflow. More specifically, generating a high static pressured environment.

The standard RX 5700 by XFX is a solid, and well-performing GPU. Not everything needs to be overkill, sometimes balance is best. The XFX RX 5700 offers amazing performance for the price, you essentially get more then what you pay for.

This GPU is best used at 1440P gaming, you can almost certainly max out demanding games at this resolution. While you may not reach the desired 144FPS for 144hz, you should never drop below 60FPS which is considered enough for smooth gameplay.

Thermally, the GPU does well after some tweaking to the fan curve. By default, you can notice that the fans need an extra boost fortunately, you can tweak these settings in the GPU software.

The overall design of the GPU is quite large, and you should always ensure that your case can support such a graphics card. Overall, the GPU is very low profile with the all-black finish and the lack of RGB. Not every device requires RGB, and XFX demonstrated that in the RX 5700 with the all-black stealthy look.

Moreover, the 100MM fans are designed to move large amounts of air while staying quiet at the same time.

The performance of this card is quite beastly, 1440P gaming and video editing shouldn’t be any issues maxing demanding games. To put it into perspective, the 2070 SUPER sits between the RX 5700 XT and the 2080 SUPER on this list. You can do around 100 FPS average on BF5 @1440P ULTRA settings.

The thermals on this graphics card are fantastic. You can expect to see around 65-70c under full load @50% fan speed. This mostly due to the effective design of the GPU cooler. EVGA put cooling first, they put the extra time and effort into optimizing the fans, the heatsink and the backplate for cooling.

EVGAs Precision X1 software is very user-friendly, it gives the new user a pleasant first-time experience with it. Inside the software, you can control variables such as the fan speed, memory clock and the core clock speed(Overclocking).

The design of the GPU is unique having a semi-transparent cooler opposed to the typical solid design most GPUs have. However, the GPU isn’t all colorless, you have cool RGB lighting that adds personality to your GPU. You can control the RGB in the software provided.

The GPU(s) in this tier don’t offer beastly performance, but they’re useful if you’re purchasing smartly. You may not be into the super demanding games therefore, one of these GPU(s) would make perfect sense.

The RTX 2060 SUPER offers real-time raytracing without breaking the bank. Additionally, the performance you get is enough to game at 1440P. You may have to tweak the settings to benefit from a 144hz monitor. You should rarely drop below 60 FPS.

Even in games as demanding as Assassin’s Creed Odyssey, at 1440P you’re at a constant 60-70FPS. To put it into perspective, the 2060 SUPER compares similarly to the RX 5700 XT which is a beast of a graphics card.

Just like the RX 5700 XT, the triple fan design is made to effectively dissipate heat without causing problems such as turbulence. This is done by having the center fan rotate in an alternative direction, promoting smooth airflow.

The design of the 2060 SUPER is clean and well constructed. It has a minimalist design to it because of the brushed all-black texture. On the contrary, it does have eccentric contours which give it a unique and futuristic look to it.

The fan blades on the cooler are designed in a way to enhance the airflow to the GPU. Aesthetically, it would make a great addition to any build since you can’t go wrong with an all-black GPU. The RGB on this GPU is minimal having it mainly show up on the discrete logo.

If all the other graphics cards were out of your budget, then the 1660 TI is a great performing budget GPU which you can use to alternate between 1440P and 1080P. This is a great GPU, and it would make perfect sense if you mainly played games that aren’t graphically demanding.

Achieving 144HZ @1440P will be a difficult task to achieve when playing demanding games, you may have to tweak the settings. However, if you’re playing games such as CSGO, the GTX 1660 TI can 144hz at 1440P with minimal issues.

You may think raytracing is for RTX cards only but the GTX 1660 TI comes with raytracing at extremely low prices. It may be best to test out this new amazing feature at lower resolutions such as 1080P to save a few frames.

The GTX 1660 TI VENTUS by MSI has a very premium feel to it. It has two high-quality airflow fans, and a sturdy backplate to improve the durability. By knowing this, you can be sure that you’re picking up a high-quality product that won’t break on you in a few months.

The color scheme is quite simple, it has a grey metallic outer shell, and black fans, overall it’s a pretty clean looking GPU. Unfortunately for some, there is no RGB on this GPU but we can be thankful that such missing feature has no impact on gaming and video editing performance.