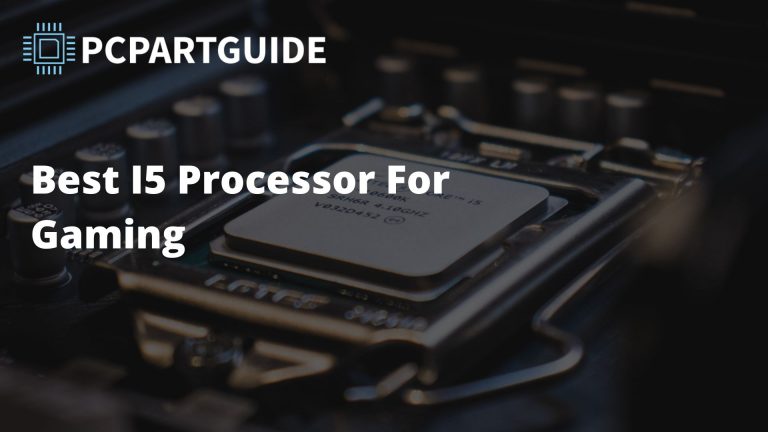 I5 Processors are usually the first choice for a gaming CPU, and that’s for a good reason, they’re cheap and they get the job done effectively.

But the problem is that there’s so many I5s to choose from, so we’ve made it easier by compiling the best I5s to the most budget I5s. 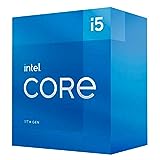 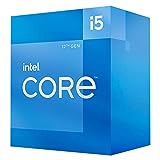 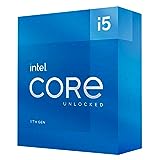 The I5 is the perfect mid tier Alder Lake processor for gaming, it has the single-core performance gamers look for, as well as the overclockability in case you want to take things further.

Furthermore, it supports DDR5 memory which has the potential to be significantly faster and better than DDR4 memory. So, once DDR5 improves as a technology, you can benefit from its additional performance.

The main downside to the I5 12600K is that it’s power hungry, so you’ll have to invest into a decent power supply to supplement the CPU.

Alternatives: The best alternative would have to be the I7 12700K, you get a little more single-core performance. It absolutely destroys the Ryzen 5 5600X which is priced similarly.

The I5 11600K is an older I5, but it’s still competent and pretty strong, thanks to its decent single-core performance.

However, the biggest downside with the I5 11600K is that it lacks multi-core performance which can be an issue if you intend to do multiple things at once.

Separately, it does have a really high TDP of around 125W, so as a precaution, ensure you have a decent CPU cooler, and enough power.

Alternative: The best alternative to the I5 11600K would be the I7 11700K, you’ll be able to game and stream at the same time due to the superior multi-core performance.

The only reason I recommend this processor is because it’s an amazing choice for a purely gaming focused machine with no intentions to stream or video edit with.

However, it does support hyperthreading which gives it 12 threads, this gives it a slight edge when it comes to multitasking.

Also, a great benefit is that it comes with a stock cooler, so you also save money if you choose to stick to the stock cooling solution.

The downside to the 12400F is that it does not support overclocking which means you’re locked to how much performance you get out of the box.

Alternative: The best alternative to the 12400/F would have to be the Ryzen 5 5600X which is cheaper, and still plays games well due to the single-core performance.

The 12600 is a very different CPU to the 12600K, it has a few differences such as fewer cores, and lower clock speeds, but it’s still a great CPU for gaming.

It also has a low TDP which aids in cooling as well as power consumption, so you can benefit more from the free CPU cooler that it comes with.

So if you have no intentions on overclocking, and want a CPU that’ll run cool and not consume a lot of power, then the 12600 is perfect.

Otherwise, the clearest downside to the 12600 is that the clock speeds are lower than the 12600K, and you cannot overclock it.

Alternative: The 5600G is the best alternative to entry level gaming, they both come with free CPU coolers.

How To Pick The Right CPU For Gaming

Picking the right CPU for gaming usually involves identifying the key specifications that matter the most for gaming.

The key specifications are single-core performance, core count, and L3 cache. If you take these three things into consideration, you’ll be fine.

Why Is Single-Core Performance Important For Gaming

If multi-core performance was really important, then we’d see gamers prioritize CPUs with huge core counts such as Ryzen Threadrippers or I9 processors.

But that simply isn’t the case, games can run perfectly fine on I5 or even I3 processors if the single-core performance is good enough.

Single-core performance is made up of clock speed, and IPC. IPC is generational, and will usually improve with each CPU generation.

Why Core Count Is Important For Games

While the core count doesn’t directly contribute to the FPS, games are still coded to work off multiple cores.

Also, multiple cores helps with multitasking which many gamers tend to do as they’d like to stream or play music in the background.

So having multiple cores can help significantly with background tasks, and running the operating system.

Why L3 Cache Is Important For Games

The L3 cache is important for games because the L3 cache is responsible for fast data exchange as it’s significantly faster than the RAM.

When you don’t have enough L3 cache, the CPU will have to get its instructions from the RAM which is significantly slower than the L3 cache.

So, the L3 cache reduces the RAM/CPU bottleneck, take a look at the Ryzen 7 5800X3D, it performs extremely well in games because of the huge L3 cache it has.