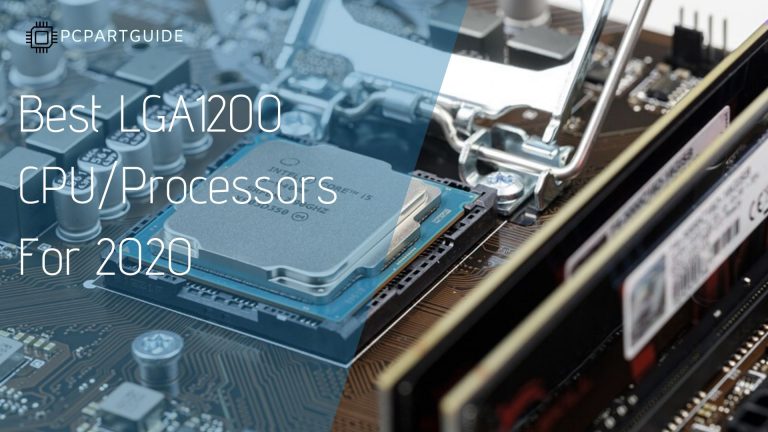 Intel’s 10th generation processors are finally here, and they have some interesting features. First of all, all the processors have hyperthreading, even the I3 processors, this is positive for individuals that require budget multi-threaded performance.

LGA1200 also known as Socket H4 is a microprocessor socket that houses the Comet Lake processors released in early 2020. The LGA1200 socket has 1200 protruding pins which must make contact with the pads on a processor. It is the successor of the LGA1151 socket, and its goal is to improve power delivery in effect allowing for more effective processors.

Intel’s 9th generation processors housed the best gaming processors such as the I9 9900K. Now that the 10th gen processors are here, new heights in gaming performance are being achieved. In this post, you’ll know exactly what processor is best for your needs; whether you’re going for an overkill gaming build or a budget console killer, we can help you. The CPUs in this list are part of the Comet Lake family, and it is supported by the 400 series chipset.

If you’re in a hurry, here is a quick summary of the processors reviewed from budget to top tier for gaming. 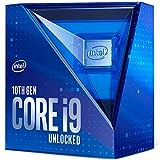 I9 9900K is no longer 1st in place, in fact, they’re a close 3rd only behind the 10700K by a small margin. Its closest competitor has to be the Ryzen 9 3900XT which comes nowhere near the 10900K in single-core performance. Thermally, Intel has made some changes to the die thickness making it thinner to increase heat dissipation, but don’t underestimate the 10900K, you still may need a beefy cooler.

In terms of features, it does come with Integrated graphics which is cool, and if you’re not using dedicated graphics which you most likely will. For our cooling solutions, you must pick up a dedicated cooler since Intel doesn’t supply the 10900K with a stock cooler. We recommend a high-quality air cooler such as the NH-D15, or a nice 280MM AIO.

As of right now, if you want the best gaming performance to come out of your processor, you gotta go with the I9 10900K. Despite Intel still being on the 14nm process, their single-core performance is unrivaled making them the kings of gaming performance. The Clock speed comes in at 3.7GHz base and a massive 5.3GHz boost.

However, the I9 9900K is still a beast of a gaming processor, and its closest competitor is the Ryzen 9 3900x. The I9 9900K has top-tier single-core performance and decent multi-core performance with 10 cores and 20 threads. This makes the I9 9900K an attractive option for users looking to game and stream at the same time.

I7’s have finally got their hyperthreading back with the 10700K. The 10700Ks predecessor the 9700K did not have this capability making it limited in multithreaded performance. The 10700K is now an 8 core, 16 thread beast clocked in at 3.8GHz base, and 5.1 GHz boost. This actually makes it slightly faster than the I9 9900K placing this processor in 2nd place.

Feature-wise, it has the same Integrated graphics as the 10900K, the Intel UHD Graphics 630 which can be used for light gaming and web browsing. Overclockability with the 10700K is quite good, so we’ll recommend you pick up a beefy air cooler such as the NH-D15 from Noctua or a decent 280MM+ AIO.

Gaming performance will absolutely be top tier generating more frames per second then the 9900K but slightly less than the 10900K. For the average consumer, the 10700K will be a better purchase over the 10900K if you’re going for “Just a gaming machine” since the FPS differences are very small. I’d only recommend the 10900K if you want an overkill system.

Users who are looking for a processor that is great at gaming, but can perform tasks such as video editing, and streaming on the side would not regret going with the I7 10700K. It closely competes with the Ryzen 7 5800x, and you cannot go wrong with the single-core performance, intel is known for its amazing gaming chips and IPC.

8 cores and 16 threads is plenty enough to perform tasks that require multiple cores, we actually don’t recommend the I7 10700K if you’re looking to just game because you will be leaving a lot of multi-core performance on the table, you can go for a budget gaming processor such as the Ryzen 5 5600x.

The I5’s have always been regarded as solid budget gaming processors, but the i5 10600K takes it to the next level. I5’s have never had hyperthreaded right? But the I5 10600K does, very confusing. The I5 10600K comes with 6cores and 12 threads clocked at 4.1 GHz base and 4.8 GHz boost. This makes the 10600K a great budget processor for mid-tier gaming.

Feature-wise, it has the Intel UHD Graphics 630, a solid integrated unit for standard use and light gaming. For our cooling solution, nothing too beefy is required since this is a 6c12 processor. A Dark Rock 4 air cooler should keep this processor tame.

The reason for this processor existing is to combat AMD’s Ryzen 5 processors. Looking at the specification, id closely match the 10600K with the Ryzen 7 3700x which is a really great processor for the price. For gaming, the I5 10600K will still beat the R7 3700x, but for value, the Ryzen 7 3700x still has more cores and better efficiency.

If you remember the I7 8700K which was a solid processor in its time, and still to this day, the I5 10600K is almost identical to it at a much cheaper price. This isn’t a problem if you’re just gaming, but other applications that require multiple cores will crush the 10600K.

The I5 10600K will be loved by many gamers making their mid-tier systems, or even beginners looking to make their first PC. This is because the I5 10600K is budget-friendly & it performs well in single-core performance,

Unlike traditional I5s, the 10600K will perform exceptionally well in multitasking because it supports hyperthreading. This is unusual, so many budgets builds will be great at streaming and video editing, so if you’re looking for a budget build that is good at multi-tasking, then the I5 10600K will be a great option.

The I5 10400 is an extreme budget processor that is comparable to the Ryzen 5 3600 in terms of pricing. It is a locked chip so it cannot be overclocked, however, that means you can go with a more budget motherboard, you don’t need to use the Z490 boards. Single-core performance is quite average, clocked at 2.9 GHz base and 4.3 GHz boost. It is also a 6c12 processor and its predecessor the 9400 was only a 6c6t which meant it got destroyed in almost all multi-core applications.

Feature-wise, the 10400 has the standard Intel UHD Graphics 630 for the standard user and light gaming, however, the 10400 does come with a stock cooler which is great in this situation. You don’t need to spend extra money purchasing a cooler when you already have a decent solution for free. Plus this processor doesn’t get that hot anyway.

For gaming, the processor will do alright, but there are much better processors out there that can do that task. This chip is more suited for productivity tasks that don’t require so much processing power. Or, if you’re a beginner builder that doesn’t want to spend so much on his/her first build, this processor would be a decent purchase.

The I5 10400K is a budget processor because it’s cheap, comes with a stock cooler, and consumes a small amount of power, this will make for a great beginner or budget builds. But for gaming, the I5 10400 will be outperformed by many processors such as the I5 10600K and above, this is because the single-core performance isn’t great, it only boosts at 4.3 GHz.

We will recommend the I5 10400K if you’re looking for a great multicore processor on the budget, so it will be great if you’re just working on projects.