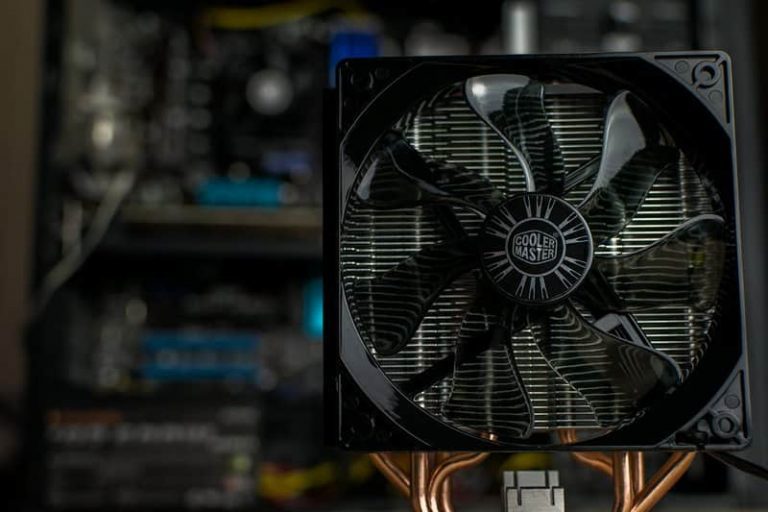 Buying a CPU cooler is one of the most important decisions you can make when building or upgrading a PC. Picking the wrong cooler can result in thermal throttling, poor overclocks, and even more problems. That’s why it’s important to pick the right processor cooler that matches your needs.

If you’re stuck choosing between AIR & AIO Coolers, you can find a comparison by following this link.

This is only part of the story. If you’re going for a large air cooler like the Noctua NH D15, or the Dark Rock Pro 4, it is best to check if they’re compatible with the size of your case. Or if your case is large enough, you should check if your cooler saves enough space for your RAM.

You can find these CPU coolers free with your new CPU cooler, however, you can purchase better top-down CPU coolers elsewhere.

Top-down CPU coolers are where the fans rest on top of the heatsink, instead of on the side. These CPU coolers are best for slim, small form factor builds as they have very little clearance issues.

They often perform worse than your typical air coolers due to them being low profile. They’re not exactly made to withstand extreme overclocked CPUs, they’re made to fit in small cases like the mini-ITX.

RAM clearance is an air cooler issue only & it occurs when an air cooler fan blocks the DIMM slots making it impossible to insert certain RAM sticks. these RAM sticks have large heatsinks, mostly for aesthetics. If you want to install a large CPU air cooler, then you may have to buy compatible RAM sticks.

Types Of CPU Coolers: AIO Or Air What Do I Go For?

It really depends on what you’re going for, beginners should definitely go for air cooling. Air cooling is very viable nowadays and isn’t going anywhere for a long time. Air coolers perform on the same level as 240MM-280MM AIO coolers.

I have written an article discussing the pros and cons of AIR & AIO coolers. You can find it here: AIR VS AIO COOLERS.

AIO Vs AIR for aesthetics, which looks better?

If you’re going for a build around aesthetics, RGB, and overall attractiveness, then AIO is the way to go. AIO coolers. AIO Coolers look much cooler than a block of metal hanging from your motherboard aka air coolers. Many of these AIO coolers come equipped with RGB lighting and are fully customizable via the software that is provided to you.

Don’t get me wrong, there are some pretty cool looking air coolers, and this topic is subjective, but in my opinion, AIO coolers look cooler. I have written articles about the Best RGB AIO coolers, have a look here!

AIO Vs AIR for ease of use, which is more user-friendly?

It depends really, once you install an air cooler, there’s nothing really more to do, then keep the fans dust free. whereas AIO coolers require you to maintain the fans + radiator, and typically they die before air coolers.

If you were to pair an air cooler with its AIO equivalent, the air cooler would be the better route to go down. This is because AIOs are more expensive than their air counterparts, and they require more maintenance.

Furthermore, AIO coolers can get loud, louder than air coolers, this is why air coolers are still very relevant today.

Overclocking is very popular, it allows you to push your CPU to its limits, and to do this, you need a decent CPU cooler to keep your processor cool. If your CPU cooler gets too hot, its lifespan decreases, and it will thermal throttle a lot. All of these situations can be prevented with a decent CPU cooler.

A decent 280-360MM is a better solution to high level overclocking. The best air cooler offers cooling performance on par with 240MM AIOs, after that if you want better cooling performance 280MM+ AIOs are the way. A decent AIO would be a Hydro Series H115i PRO. It’s a 280MM AIO cooler that performs exceptionally well. If you want to view the whole list, you can find it here: 280MM AIO Coolers.

Powerful AIOs have unlimited RAM clearance, so that issue is irrelevant when purchasing an AIO.

AIOs can get expensive, be wary of that. Before you purchase an AIO cooler be knowledgeable that air coolers offer better cooling per dollar.

Custom Water Loops are the best solution for high-level overclocking. Although they require maintenance, and they’re harder to set up, they reward you with cooling superior to any other method.

You can even hook up your custom water loop to your VRMS and graphics card, this level of cooling cannot be achieved with AIOs.

Just be aware that this setup is hard for a beginner to replicate, and there are a lot of failure points. I only recommend custom water loops if you’re experienced, and want to move on from AIOs.

A decent single fan air cooler can handle a mild overclock. The best air cooler I can think of in this category is the Hyper 212 EVO. You can overclock an i7 9700k mildly, make sure your whole system is ventilating air efficiently.

A 140MM AIO is an even better alternative to the Hyper 212 EVO, they provide better cooling performance compared to mid-tier air coolers. Again, AIOs charge too much for the performance they offer, I only really recommend buying a 240MM+ AIO.

An AIO cooler such as the NZXT Kraken x42 fits well in this category, a decent looking AIO.

Anything better than a 140MM AIO cooler. I’d recommend one of the mid-end air coolers such as the ARCTIC Freezer 34 eSports DUO. It’s a dual fan air cooler, it offers insane cooling performance for its budget price. One of the best air coolers out there, price to performance ratio wise, although it’s not as good as the NH-D15.

Any CPU cooler that isn’t absolute garbage can handle a slight overclock. Just make sure that your entire system is properly ventilated. Then overclock accordingly, watch out for thermal throttling, and you should be fine.