Does The Motherboard Affect Performance? 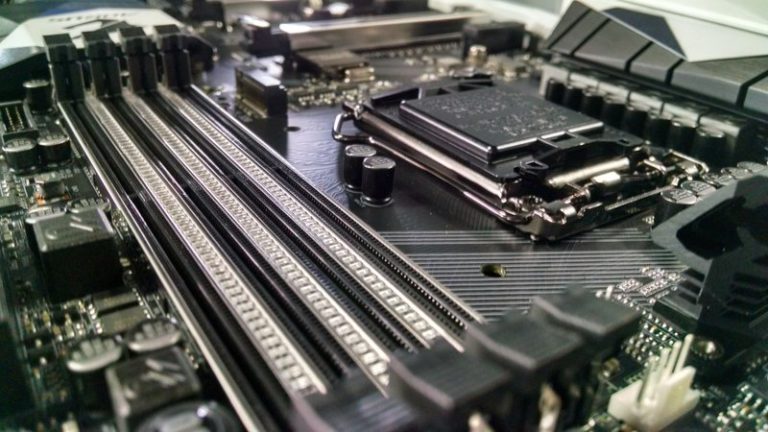 When buying motherboards, people often just pick up any motherboard that supports their processor and ram. This tactic is bad for performance as there are more factors that need to be considered.

What Is A Motherboard?

What is a motherboard? Also known as Mainboard/MOBO is a PCB (Printed Circuit Board) which connects all the components inside the computer together. It allows communication with each other such as the RAM and the CPU. It also knows how much power to give to each component within the system, so the motherboard is like the heart of the computer.

Does The Motherboard Affect Performance?

There are some fantastic motherboards with the Z370 chipset, but that only supports at most the Intel 8th generation. What this means is that you cannot possibly pair a Z370 motherboard with an i9 9900k or any 9th generation CPU. The implications of this are that you will not be able to use the latest Intel CPU technology and the 9th gen CPUs seem to be aimed mostly at gamers.

In regards to overclockability, it has a direct effect on performance because you’re directly increasing raw performance. This performance can come from overclocking the CPU which can yield more FPS in games. Not only does it increase FPS, but overclocking also increases performance across the board. The motherboard of choice matters when overclocking since as the top tier genuinely have a higher quality OC then the low tier boards.

When looking for a motherboard that has good overclocking potential, you must look for a board with a good quality voltage regulator module(VRM). The VRM is the most important aspect of a motherboard when it comes to overclocking, and inferior boards may actually damage the CPU if it can’t sustain an overclock.

What Makes A Motherboard Good?

Can My Motherboard Support Overclocking?

Often forgotten, you should pay attention to the voltage regulator module(VRM). The VRM is like a power supply only the CPU can use. The VRM takes power from the PSU and makes it usable for the CPU.

The frequency of a CPU is the product of (Base-Clock-Speed x Multiplier). For example, if the CPU has a base clock speed of 200 and a multiplier of 16 then the frequency of the CPU will be 3.2Ghz. The multiplier is usually set to auto which means it will set the fastest multiplier allowed by the CPU. You can find more on the topic of overclocking here! BIOS Guide How To Overclock Your CPU.

The Quality Of Components On The Motherboard

For performance, it will be best to know that the parts you’ve picked will suffice in harsh conditions. Poor hardware tends to fail under stress, and motherboards are weak to heat. VRMs are sensitive to heat, so I recommend finding a power supply with a heatsink covering the power phases.

Even though motherboards today are built to high standards, some of the cheaply made motherboards are susceptible to heat. Bad capacitors under the influence of excessive heat will experience capacitor bulging. Bulging capacitors cause destructive problems in the future as they can eventually burst at the seam of the capacitor.

What Effect Does The BIOS Have On The Motherboards Performance

Even if you don’t plan on overclocking, the BIOS(Basic Input/Output System) for your motherboard is one of the most important parts of your computer build. The BIOS makes sure that all the components connected to your computer is functioning correctly and if otherwise, it will let off an error sound also known as beep codes.

Even when all your components are working correctly, the BIOS is responsible for the boot sequence, loads the OS from the selected drive into memory.

However, the most interesting part about the BIOS is customizing your hardware’s presets such as the CPU and RAM. The BIOS is where you go when you want to squeeze as much performance out of your hardware by increasing voltage settings, and clock speeds. A good BIOS can make the difference when performing an overclock as bad ones can be confusing to some individuals.

Aesthetics like RGB are completely unrelated to the performance and quality of a motherboard however this is a sought after feature which adds a visually pleasing aspect to your whole build. If I had to pick one from aesthetics and performance, i’d always pick performance. Never buy a piece of hardware just because it is visually pleasing, you will be disappointed when it doesn’t perform as well as you thought it would.

Aesthetics is like a bonus you get when you buy the latest hardware, and should never be the main priority when picking up hardware.

What Is The Chipset & Does It Affect Performance?

The Chipset is part of a group called the “Data Flow Management System”, and its main purpose is to regulate the flow of data between the Processor, RAM, and Peripherals.

The south-bridge is the least interesting part about the chipset, this is because it is responsible for the input/output for the system. It focuses on USB, Audio and BIOS communication. The north-bridge and south-bridge are meant to communicate together and they both need each other for the efficiency and productivity of a motherboard.

If you want a motherboard with the best gaming performance, you must pay attention to the fine details the motherboard comes with. Compatibility is important, but details such as RAM speed and having them include M.2 slots can massively benefit you when it comes to gaming.

The CPU Is The Number One Priority

When you want to choose a motherboard, you should already have your chosen processor in mind. We’re going to assume you’ve already picked your processor, now all you need to do is find which socket is compatible with that CPU. After you’ve done that, you will need to find which chipset is best for your CPU.

So, making sure your motherboard is compatible with your processor is literally the most important things to ensure, if they’re incompatible then everything else is irrelevant.

Make Sure The RAM Support Is The Best For Performance.

The next important thing on this list is making sure your motherboard supports your desired amount of ram. Motherboards either support a maximum of 32GB of ram, or 64GB of ram. The cheaper motherboards usually support 32GB of ram which is actually more than enough for gaming in 2019. The day 32GB of ram will be insufficient for gaming is far into the future.

On to PCI & PCI-E slots, a motherboard should support at least 1xPCI and 1xPCI-E slots. These slots are usually reserved for the GPU and various other cards such as a sound card and a network card. Make sure your motherboard has enough of these slots to ensure enough headroom for when you desire to insert an extra expansion card.

Find A Motherboard With M.2 Slots

M.2 slots are fantastic for gamers if they choose to install an M.2 drive. The addition of an M.2 drive is fantastic for loading speeds, and booting speeds. The M.2 drives of today are faster than SSDs and HDDs and they also store more data.

The motherboard of choice only affects performance only in certain circumstances. Like overclocking, this is the only way you can actually boost raw performance from the motherboard, everything else is hypothetical. Additionally, you should always make sure the motherboard supports the processor you have in mind.