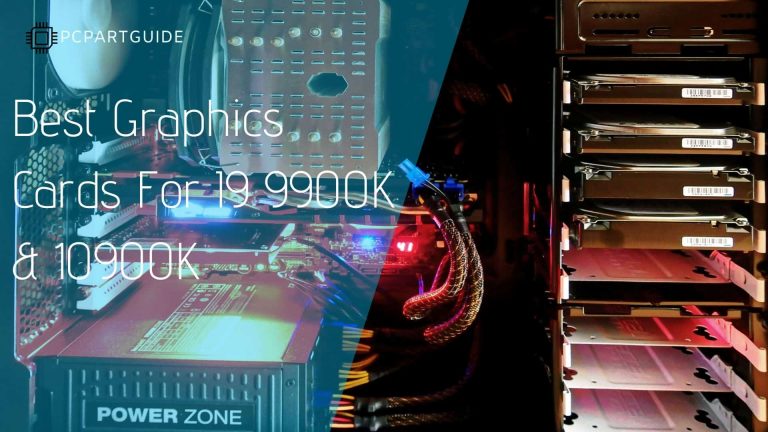 The I9 9900K & 10900K are regarded as some of the best gaming processors thanks to their massive single-core performance. The 10900K being much newer than the 9900K albeit being on the same 14nm process, Intel still succeeds at squeezing as much performance out of the 3-year-old silicon.

Graphics Cards That Are Best For 4K

Looking to build the ultimate gaming PC? These graphics cards are proficient at rendering games up to 4K. With recent graphics cards, and up and coming ones, 4K gaming no longer breaks the bank; it’s becoming more modest to run. As well as that, the graphical fidelity looks stunning.

The RTX 2080 TI is the leading graphics card in NVIDIA’s 2000 line of cards, so it’s only right we add this GPU to the list. At 4K, it has strong performance which enables it to play graphically intensive games at 60FPS+, and at lower resolutions, it’s a complete overkill.

It makes sense to pair a high-end GPU with high-end processors such as the I9 9900K and the I9 10900K, it makes for a beast PC build that’ll last long into the future. 4352 Cuda Cores at 1350MHz base & 1665MHz boost is far higher than what most cards offer today and the 11GB of VRAM ensures you’ll have a smooth gaming experience at 4K.

The RTX 2080 SUPER is the RTX 2080 TI’s younger brother. It is less powerful, but it’s also more affordable. It games at 4K exceptionally well, however, you won’t get 2080 TI frames, you’ll have to tune the settings to get higher FPS. You can still achieve that overkill experience at 1440P as it can max most games out at that resolution.

It has 3072 Cuda cores @ 1650MHz Base & 1815MHz Boost and 8GB of VRAM. The RTX 2080 SUPER definitely has the capacity to game at 4K as 8GB of VRAM is just about sufficient, and the raw performance is enough for any hardcore enthusiast.

The 2080 SUPER has a TDP of 250W so just make sure your PSU has enough juice to offer. We recommend at least a 650W PSU is supplement enough power. As for hte ports, it has 1 HDMI port and 3 DisplayPort ports.

The Radeon VII is a graphics card that competes directly with the RTX 2080. This places it right at the entry point for 4K gaming. At 4K gaming, you’ll be able to play most games at relatively high settings, most games will run well between high – ultra settings.

The Radeon VII was meant to be a computing GPU, you can tell by the 16GB HBM2 VRAM that works exceptionally well with computing tasks. HBM2 has an edge over GDDR6, it has insanely high memory bandwidth which works well with AI machine learning tasks.

Also, this is the first GPU to use the 7nm manufacturing process which drastically improves performance and efficiency. This is a milestone set for AMD. Just to note, this is a power hungry card with a TDP of 295W, we recommend a solid 650W powersupply to deliver the necessary power requirements. And as for the ports, it has 1xHDMI & 3xDisplayPort ports.

2K gaming is a bit more economic as it takes less money to put together a viable 2K ready gaming PC. Most gamers go for 2K/1440P because it’s a more mature resolution compared to the taxing 4K option. You don’t need to worry because 1440P/2K looks amazing, it still looks crisp and sharp, and it’s much easier to run.

The RX 5700XT delivers exactly what you need to game at 1440P @144Hz, theres no overkill it’s just right in terms of performance and pricing. You don’t need to break the bank, and if you intend to upgrade your GPU in the future, you already have a pretty powerful CPU to go with it.

SAPPHIRE’S RX 5700XT is superior in many ways compared to its counterparts. If you fancy a decent out of the box clock speed & cooling, the RX 5700 XT has that to offer. The cooling features of the SAPPHIRE RX 5700XT are what separates it from the rest. The triple-blade design has been optimized to reduce turbulence and increase airflow.

Moving on from the performance, SAPPHIRE’S RX 5700XT looks stunning with its stylish finish. They’ve gone all out in the aesthetics department and equipped the card with ARGB which is superior to the traditional RGB lighting.

The card has a TDP of 265W so we recommend a 650W PSU to supply the necessary power to the card. And for the ports, it has 2xHDMI & 2xDisplayPort Ports.

For 1440P gaming, the RTX 2070 SUPER delivers exceptional frames per second, and it has ray tracing support to enhances the users’ gaming experience. Maxing out triple-A games should be effortless at 1440P without raytracing. Enabling raytracing will lower frames, but you can still enjoy fluid gameplay, this is evident in BattleField V.

The superb cooling performance comes from EVGA’s ICX2 cooling which focuses on effectively dissipating the heat. The backplate, heatsink, and fans all have been optimized to deliver excellent thermal performance. Full load you’ll see temps of around 60C, and idle temps are around 20-30C