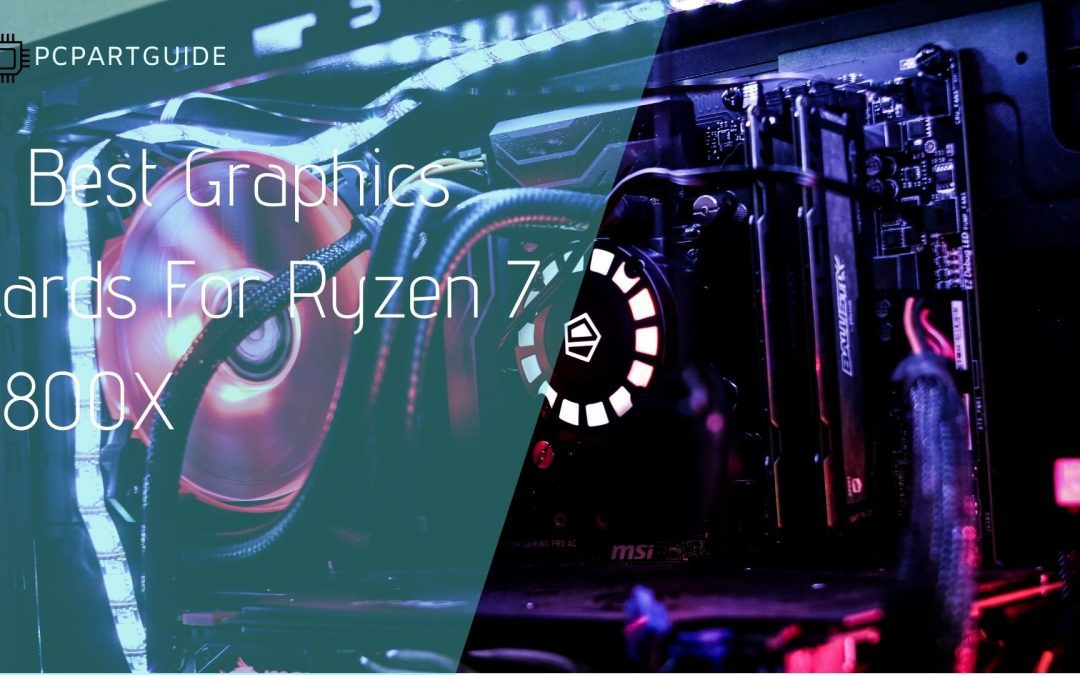 A little over two months ago, AMD released their 5000 series line up of new processors based on their new Zen 3 architecture. This time around, we only received 4 models, one of which we will be talking about today.

If you are building a new gaming PC or looking to upgrade your existing one, the CPU and GPU are among the most important pair. Getting an overly powerful CPU with a low-end GPU may not be a problem, but if things are the other way around, you may have a bad time.

Modern games are capable of utilizing both components for the highest performance possible. Essentially, the GPU pushes the frames to the CPU, which handles them. In the first case scenario, the GPU will not be putting out too many frames per second, so the CPU won’t work as hard. On the other hand, when the GPU is more powerful, the CPU won’t be able to handle that much load, and you won’t get the maximum performance.

The Ryzen 7 5800X represents a mid-range in this class, meaning that it’s better than the Ryzen 5, but not as good as the Ryzen 9s in terms of performance. The power comes from 8 cores and 16 threads backed by a 32 MB L3 cache. The base clock on all cores is 3.8 GHz with a max boost of up to 4.7 GHz on a single core and roughly 4.5 GHz on all cores, with a rated TDP of 105 W. Like all Ryzen CPUs in the past, the X means that you get an unlocked model, capable of overclocking.

Let’s say you have your eye on a Ryzen 7 5800X but don’t know which GPU to pair it with. If that’s the case, this article is just for you. We made a list of the 5 best GPUs you can pair with the 5800X. Keep in mind that these are in no particular order.

Despite the bumpy launch and stock shortages, Nvidia’s 3000 series graphics cards are extraordinary. The performance jump from the last generation is huge while keeping the price very affordable. One of their new cards that is a good combination with the Ryzen CPU is the RTX 3080.

This model covers the high-end performance range as it is the second most powerful 3000 series GPU from Nvidia. This model has 8704 CUDA cores with a base clock of 1.44 GHz and a boost clock of 1.71 GHz. It comes with 10 GB of GDDR6X memory with a 320-bit bandwidth.

The numbers say that it’s an excellent GPU, but what does the performance has to say? We can clearly see the improvement if we compare it with Nvidia’s previous generation 2000 series card. The 3080 manages to beat every single 2080 version with ease. When you factor in how much cheaper it is, you are looking at a good bargain.

Next in the line of Nvidia’s Ampere graphics cards is the RTX 3070. This one sits below the 3080 and is marketed as the best mid-ranger NVidia has to offer. Despite that, as with all 3000 series GPUs, you are looking at one of the best performance per dollar ratio currently on the market. It makes it the right combination with the Ryzen 7 5800X.

Considering the drop in performance, it is natural that it won’t be able to compete with a 3080. The good news is that it can trade blows with the 2080 Ti and will beat the 2080 Super slightly.

Further down the line sitting below the 3070, is Nvidia’s 3060 Ti. As with previous generations, the Ti stands for Titanium, meaning that there is a regular version. When it comes to the 3060 Ti, there isn’t a regular one. An interesting thing about this GPU is that it’s much closer to 3070 than you think.

The biggest surprise is in the benchmark results. The RTX 3060 Ti will outperform last-gen’s RTX 2080 with ease and can perform as good as a 2080 Super. What surprised us the most is how close it managed to be when compared to 3070.

No list of GPUs would be complete without AMD’s new 6000 series models. Even though they are still not as widely available as Nvidia models, we have the specs, and there are some benchmarks. Considering the boost with RDNA 2.0, it seems like an excellent GPU to be paired with a Ryzen 7 5800X.

The 6700 XT has 2304 stream processors running at a base clock of 1.48 GHz that can boost up to 2.25 GHz, much higher than Nvidia’s models. It is equipped with 12 GB of GDDR6 with a 192-bit bandwidth. On paper, this GPU doesn’t seem like it would compete with Nvidia’s lineup, but Radeon has a trick up their sleeve.

All Radeon 6000 series cards will come with a feature called Smart Access Memory. The way it works is to allow the CPU to access a much larger part of the GPUs RAM, enabling better performance. The advantage to Radeon is that this feature will work with the new Ryzen CPUs, including the 5800X.

Going one step above the previous model, we have the Radeon RX 6800. This is the second most powerful GPU in Radeon’s lineup, falling slightly behind the 6800 XT. Despite that, you have an excellent GPU that you can combine with a Ryzen CPU.

The specs are not the best in the world but are still great. The base clock is slightly higher than the 6700 XT, sitting at 1.7 GHz with a boost clock of 2.1 GHz. You get 3840 stream processors and 16 GB of GDDR6 ram operating at 256-bit bandwidth. Like the previous Radeon GPU we mentioned, the RX 6800 can utilize AMD’s Smart Access Memory. Giving the CPU bigger access to the faster GPU ram means that you should see some performance improvements.

Putting the RX 6800 on the benchmark table, we see some consistency. Regardless of the game used in the benchmark, it always lands between Nvidia’s 3070 and 3080, making it an excellent bargain.

A few things to consider

If you already purchased your new Ryzen 7 5800X and need the GPU, there are a few things to keep in mind.

The first and most important one is performance. The GPUs we mentioned are the original ones from Nvidia or AMD, meaning that you are looking at stock speeds and settings from the factory. If you decide to go with a car from another vendor, like Zotac, Asus, MSI, etc., the results may vary. Sometimes they may do a slight overclock from the factory to give them a competitive edge.

Another thing to consider is the power supply. Each GPU doesn’t have the same power requirements, meaning that the PSU requirements won’t be the same. Some will need a more powerful PSU, while others will go by with a less powerful one. Regardless, it is always a good idea to have some breathing room, so try to avoid going for the absolute minimum.

Regardless if you are building a new PC or upgrading your existing one, the GPUs we mentioned are all dual-slot. It can be crucial information for choosing the right motherboard and PC case.

The cards we outlined here can all be overclocked, meaning that you can get more performance out of it. While you may not be able to get 10 times more, you may be able to safely squeeze out a few more frames. Going more than that will require additional cooling power that the stock coolers cannot provide. It also means that you may need a bigger power supply.

We may remember 2020 for a few bad things, but there are some positive ones as well, and among them are the new GPUs we saw on the market. Both Nvidia and AMD managed to provide a tremendous improvement over previous generations. The new generation offers us an excellent performance for a more affordable price than before.

When it comes to choosing, we cannot say which one to go for. While Radeon is developed to perform slightly better with Ryzen CPUs, Nvidia manages to provide higher raw power. At the end of the day, it all boils down to your preference.