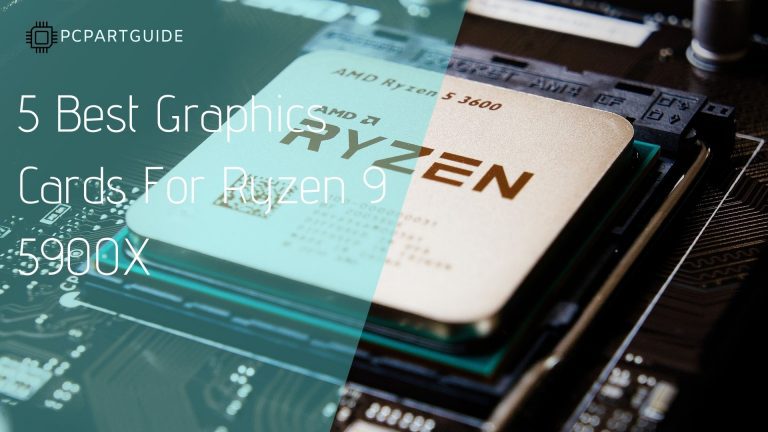 AMD has been on top of their game with their Ryzen CPUs. For several years, the trend has been going on across several generations, and the latest one is no exception. Their 5000 series Zen 3 CPUs were launched in November 2020 and among them was the Ryzen 9 5900X.

People looking to build a new PC or just need an upgrade should know that the CPU and GPU can be crucial to good performance numbers. If you combine a high-end CPU with an entry-level GPU is not an issue. You will be getting the maximum out of the GPU, while the CPU will be mostly idle.

The reason for that is modern games can work with the GPU and CPU to provide the highest framerate. The CPU will be handling the frames created by the GPU. If the CPU doesn’t get too many frames from a cheaper GPU, it will be resting most of the time. If you put a high-end GPU with an entry-level CPU, you will get a bottleneck at the CPU. In return, you won’t be getting the maximum framerates that the GPU can produce.

The Ryzen 9 CPUs have always been the best of the best AMD has to offer, and the 5900X is no different. It is the second most powerful model in this series. This model has 12 cores and 24 threads running at a base clock of 3.7 GHz, capable of turbo boosting up to 4.8 GHz on a single core or 4.3 to 4.4 GHz on all cores. You get 64 MB L3 cache in a package rated at 105 W TDP. Each Ryzen CPU that is marked with X means that it’s unlocked, or in other words, you are free to overclock it with a proper cooling solution.

In today’s article, we’ll be covering the best GPUs that you can pair with a Ryzen 9 5900X. This is not a top list; they are just our picks for the ones you should look at.

Before you make a purchase, it’s worth learning how to pick the correct GPU for you. 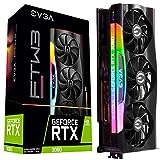 The first on the list is team green’s RTX 3080. Nvidia’s 3000 series didn’t have the best launch with all the shortages, but they are excellent GPUs regardless of that.

As for the actual performance, it doesn’t beat the 3090, obviously. What is surprising is that it manages to outperform all variations of last-gen’s 2080. If we factor in the price of 3080, compared to 2080, we are looking at an excellent choice for your Ryzen 9 5900X.

A step down of the 3080 is the RTX 3070. Nvidia sells this as an excellent mid-range GPU at an affordable price. If we take a close look at the price and performance, we see the best price per performance ratio out of all Nvidia’s GPUs.

The specs are exactly mid-range. There are 5888 CUDA cores on a GPU that has a base clock of 1.5 GHz with a boost clock of 1.73 GHz. The RAM is slightly less than the previous at 8 GB running with 256-bit bandwidth.

If we compare it with last gen’s models, we get a GPU that performs as good as the 2080 Ti, meaning that it can outperform the 2080 Super by a margin.

Considering that we are talking about a 3060, you may have guessed that it doesn’t perform as good as the 3070. This is the Ti version, and unlike the previous years, this one doesn’t have the base model and the Titanium one. Without a regular 3060, this is a strange GPU.

The benchmarks are where the GPU manages to surprise most of us. Despite being lower-tiered, it managed to go past the regular 2080 and work as well as the 2080 Super. On top of that, we managed to see it perform much closer to 3070 than we thought.

Team red hasn’t been performing well just in the CPU department. The new 6000 series of Radeon GPUs seem to keep up with Nvidia’s models reasonably well. Even though the 6700 XT is not the top-tier model, it still proves to be an excellent GPU.

You get 2304 stream processors on the 6700 XT, working with a base clock of 1.48 GHz capable of providing a frequency boost of 2.25 GHz. This is a number we don’t see with Nvidia’s GPUs. The VRAM is also higher and at 12 GB of GDDR6, but at a lower bandwidth of 192-bit. One advantage Radeon GPUs have over Nvidia is the Smart Access Memory.

Every 6000 series model comes with this feature, and it provides a decent performance boost. It enables the CPU to get more access to the GPU’s memory, which is where the performance gains come from. This makes Radeon GPUs and an excellent match with Ryzen CPUs, like the 5900X.

The last GPU we’ll mention as a good pair with our chosen Ryzen CPU is the Radeon RX 6800. This is the high-end GPU offering from AMD, falling a tad lower on the performance scale from the 6800 XT. Regardless of that, it proves to be an excellent combination with the 5900X.

Despite being the high-end GPU from AMD, it still doesn’t have the world’s best specs. There are 3840 stream processors combined with a base clock of 1.7 GHz and the ability to boost up to 2.1 GHz. You get plenty of VRAM, and all 16 GB of them are GDDR6 with a 256-bit bandwidth.

Just like all 6000 series Radeon models, it can utilize Smart Access Memory, where a Ryzen CPU can use the VRAM from the Radeon GPU. This should return better performance compared with other GPUs with similar specs.

Putting the 6800 XT on the benchmark, we see relatively expected results. The price puts this GPU between Nvidia’s 3070 and 3080, and that is where the benchmark results put it. Radeon seems to have the ratio set just right.

A few things to consider

We have a few things to consider for seasoned PC builders or first-timers. While experienced users will already have thought of these, it is our job to mention them. Pairing the Ryzen 9 5900X is not easy, and here are the things to keep in mind.

We covered the performance of each GPU model we mentioned briefly, but that is what the original card can do. Nvidia and Ryzen offer third-party companies to sell their GPUs with a different packaging. What this means is that you’ll be getting a new cooler, and most importantly, you may get slightly different clock speeds. Some manufacturers may decide to do an overlock, giving them a slight performance boost over the stock ones.

The next thing we should mention is the power supply. Each GPU has a different power rating from the manufacturer, so when you build or upgrade your PC, keep that in mind. The lower-tier GPUs won’t require the most powerful PSU, while the high-end ones may need it. Check the manufacturer’s recommendations and try to avoid the lower possible one. Leave some headroom, just if you decide to overclock, which brings us to the next considerations.

The GPUs we mentioned can be overclocked, but things are not as simple as you may think. Overclocking a GPU means that you will be drawing more power, which is why you will need the bigger PSU we mentioned previously. Also, the higher power means that the GPU will run hotter, and depending on how much you overclock it, you may need an aftermarket cooling solution.

The final consideration is size. All GPUs we mentioned are double-slotted. This is something to keep in mind when choosing the case or the motherboard.

Despite the global pandemic, the PC world didn’t really rest. 2020 is the year when we got a significant performance jump compared to previous years. AMD and Nvidia released several excellent models, which means that now may be a good time for a new PC, or at least an upgrade. The performance gains are fantastic if we compare them with the price drops we saw.

There is no right or wrong answer to the question, “Which GPU to get?” All five are excellent, and the answer will depend on what you are looking for. Nvidia’s models have more computing power, while AMD managed to give themselves an edge with their Ryzen CPUs, like the 5900X. Whichever you get, we doubt you’ll have any problems.