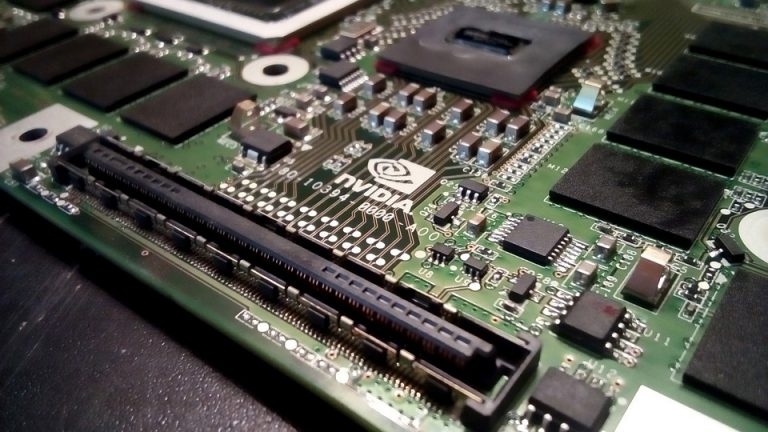 If you didn’t already know, graphics cards/GPU’s have onboard memory which goes by VRAM(Video-Random-Access-Memory) which is volatile. Graphics cards just like CPU’s need to store the data it handles, graphics cards just store a different type of data. The data the VRAM is responsible for handling displays the image you see on your screen, and it consists of geometry, texture and terrain data.

What Is Graphics Card RAM/VRAM?

VRAM acts as a buffer between the CPU and the GPU, and it’s responsible for storing image data. So basically, before the VRAM receives the data it is first read by the CPU and the more VRAM you have, the more image data can be stored and processed. More VRAM usually allows you to process data at higher resolutions easier; if your VRAM were to get full, it will usually result in frame rate stuttering in gaming.

How Important Is The VRAM?

For gaming, VRAM plays a big role when it comes to what resolution you can game at effectively. When it comes to high-res textures being rendered at 4K, then you’ll definitely a decent amount of VRAM. This is due to the data being much heavier to handle, higher resolutions tend to produce larger amounts of data.

With video editing, it isn’t as straight forward. The amount of VRAM used depends on many factors, the software you’re using is one of them. Using Adobe Premiere as an example, running the Mercury Playback engine in GPU mode can cause stress on the VRAM causing the engine to switch back to software mode.

Can You Increase VRAM Capacity, If So How?

The thought of increasing the VRAM isn’t a bad one after all you can experience an increase in graphical performance in many applications. If you’re using integrated graphics and suffer from poor performance, the best way to increase VRAM is to purchase a dedicated GPU. Even if it’s a budget GPU, you will notice a big difference in the tasks you run. However, if you’re using a laptop then upgrading the GPU is not an option therefore, the best thing you can do is increase the VRAM virtually.

Just so you know, if you’re considering running SLI/Crossfire or NVLink, your VRAM will not double. If you have two graphics cards with 6GB of VRAM, you will not have 12GB, only 6GB of effective VRAM.

How To Check How Much VRAM I have?

Before you attempt to fiddle with your VRAM, you should know how much VRAM you actually have in the first place. The best way to check your VRAM capacity is through the display settings. This is for Windows 10 only.

Okay, Is It Possible to Increase The VRAM?

Yes, it is possible to increase the VRAM capacity, and you will experience a slight performance increase. Dedicated Graphics cards cannot receive extra VRAM since their VRAM is actually physically attached to the PCB of the GPU. This only applies to Integrated GPUs.

The VRAM of your integrated GPU is actually standard DDR RAM being used as Video-RAM, and as you already know, standard DDR RAM is very slow compared to VRAM. The DDR4 memory modules are nothing like GDDR5/5X/6 in terms of graphical performance.

Technology is always advancing, and this is due to more and more demanding programs and software. Video games are becoming more graphically advanced, and video editors are utilizing higher resolutions. There was a time where 2GB of VRAM was enough, now 2GB of VRAM is enough for light gaming and video editing.

How Much VRAM Is Needed For Gaming?

For gaming, VRAM is a spec that should not be overlooked. Especially in 2021, graphically advanced games are being run at maximum settings at high resolutions, this for sure stresses the VRAM quite a bit. When textures are being rendered at high resolutions, it can take up a significant portion of the VRAM. Before we get into how much VRAM is needed for gaming in 2020, first let’s discuss the factors that affect the VRAM.

Yes, the resolution the game is being played at has a huge impact on the resolution. The greater the resolution, the more VRAM is used to drive the displays, this is due to the larger images being produced. If your VRAM struggles to handle higher than normal resolutions, you will run into performance issues such as stuttering and freezing. However, VRAM is nothing without a good enough GPU processor to run at high resolutions. There’s no point in having a weak GPU with a lot of VRAM.

VRAM at 1080P Gaming – At 1080P, you can get away with 2-3GB of VRAM. 1080P in 2020 is very easy to run since the images being produced are quite small. However, since you’re at 1080P, you may need to activate Anti Aliasing(AA) in certain games to resolve jagged lines. Higher resolutions do not suffer from this issue. Also, anti-aliasing is known to increase VRAM consumption.

VRAM at 1440P Gaming – At 1440P, you will require 6GB to game comfortable in 2020, you can do with more for future-proofing as games get more graphically intensive. 1440P is the sweet spot of gaming in 2020, you can get away with a mid-end graphics card with at least 6GB of VRAM.

VRAM at 4K Gaming – At 4K, you will need at least 8GB of VRAM, more is definitely better. 4K uses enormous amounts of VRAM, and you will need a high-end graphics card to run demanding games such as Battlefield V at a good framerate.

Anti Aliasing actually consumes VRAM, and the amount depends on the type of AA being used. For example, FXAA which is the lowest quality VRAM will use barely any VRAM whereas MSAA will use the most. The reasoning for the VRAM increase is due to pixels being smoothened, higher AA settings smoothen more pixels hence the VRAM increase. As previously stated, AA is becoming futile due to the ever-increasing resolutions. You’ll only really need AA if you’re gaming at 1080P or lower.

The actual game you’re playing plays the biggest role in VRAM consumption. Playing non-demanding titles have very little impact on the VRAM consumption, an example of such a game would be Minecraft. Whereas, demanding games such as Far Cry 5 and Battlefield V will use a lot of VRAM due to the higher resolutions textures being rendered.

How Much VRAM Is Needed For Video Editing?

For video editing, the CPU + RAM is usually more important than the graphics card however there are some exceptions. Some video editing software heavily relies on the GPU, one being DaVinci Resolve. When video editing, the main factor is the resolution. Larger resolutions will generally require more VRAM much like when you’re gaming.