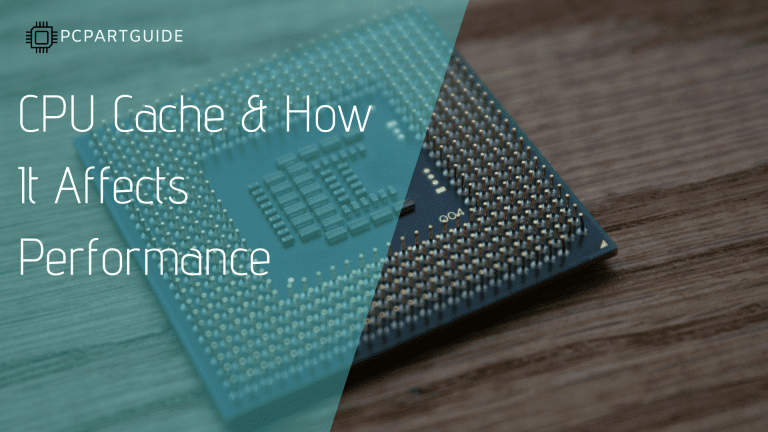 Every CPU has a cache that it utilizes to quickly access data from the main memory which is also known as RAM(Random Access Memory). The CPU cache also known as SRAM is located right next to the CPU cores & they act as the processors memory where it stores data.

Modern processors operate at far higher speeds compared to your memory which is most likely type DDR4. You can find CPUS/Processors that run up to 5000MHz, whereas your RAM is probably running at around 3200 MHz overclocked. Because of this, your memory cannot keep up to pace with your processor, so this is where CPU Caches come into place.

CPU caches work in a hierarchy style having up to 3 blocks, L1, L2, and L3. The L1 segment of the hierarchy is the fastest, but it usually has the least capacity whereas the L3 segment is the slowest with the most capacity. Higher up the hierarchy you’ll discover the capacity increases but the speed also decreases.

What Is The Point Of CPU Cache/SRAM

It is important to state that the CPU Cache is far faster than DRAM, this is because the SRAM located on the CPU doesn’t need to constantly be refreshed like the DRAM does. The DRAM is constantly refreshed as it uses capacitors to store data.

L1 or Level 1 cache is located closest to the processor cores and it runs at the same speed as the processor core clock speed. This is fastest cache of the hierarchy. Level 1 Cache is where the CPU looks first for common information, if it cannot find such information here, then it will check the slower but slightly larger cache Level 2.

Level 2 or L2 cache is slightly slower but larger in size in comparison to L1 or level 1 cache. The main purpose of this cache is to catch data that wasn’t caught by the L1 cache. The L2 cache is located on the same chip but it is located externally from the CPU cores therefore it isn’t as fast. if the CPU fails to find the common information within the L2 cache, it will then search the L3 Cache.

L3 or Level 3 cache job is to capture recent data access from the CPU. If the CPU could not find the necessary data within the Level 3 cache, then it will collect the data from the main system memory (DRAM). The level 3 cache is usually shared between all cores on multicore processors whereas each core usually has their own individual L1 and L2 caches.

Does The CPU Cache Affect Performance/Gaming?

You shouldn’t really worry about the capacity or the speed of the CPU cache when it comes to gaming, other aspects of your hardware are far more important such as the GPU, RAM, and CPU core clock speed. The CPU cache plays into the whole CPU architecture, and it cannot be considered as a standalone aspect of the CPU.

As previously stated, gaming mostly relies on the graphics card, but that doesn’t mean the CPU Cache does not affect the in game FPS. In very specific scenarios it can affect FPS very slightly, but it won’t make a large enough difference for you to notice.

There are 2 main ways CPU caches anticipate commonly stored data to increase overall system performance. It relies on a concept called Locality Of Reference and it relates to a CPU accessing the same memory location more than once in a short timespan.

This predictable behaviour is what allows the CPU to store common data within the CPU cache allowing it to save time and resources using the main system memory. Without a CPU cache, your system will most definitely perform much slower compared to an alike processor with CPU cache.