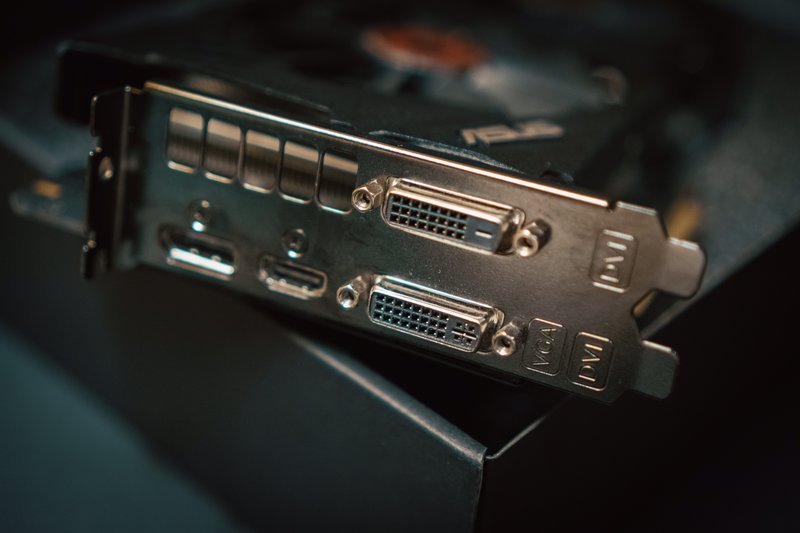 When it comes to video editing, the graphics card/video card compared to the CPU plays the least important role. People tend to cheap out on the GPU and buy a powerful CPU, while this works for most software, some you can’t get away with this.

There is certain software that can do with a low/mid-tier GPU, and an example of such software is Premiere Pro. However, Adobe is increasing the GPU usage for Premiere Pro, and if you take video editing seriously especially at high resolutions, you will need a good GPU. You can really benefit from GPU acceleration which will speed up encoding and rendering, it moves some of the CPU intensive tasks onto the GPU for the extra horsepower.

Where this all changes is with a software called DaVinci Resolve. The tables are turned, the GPU becomes more important than the CPU and RAM which both need to be decently powerful. Resolve offloads image processing onto the GPU, it also utilizes YRGB 32-bit floating point for color precision. When selecting a GPU for Resolve, the VRAM is the main factor to consider.

One thing stays constant, the amount of VRAM influences the resolution you edit at. Video editing software use VRAM to store video data therefore, more VRAM means you can handle and display more 2D & 3D images. At 1080P, 4GB of VRAM is recommended, 2K&4K, 6GB, and 6&8K, 10GB+.

The top tier graphics cards in this list are for the users that need the most powerful tools available. Their professional works require such GPUs to operate efficiently and effectively. These GPUs will accelerate your work at high resolutions 6K/8K, especially in DaVinci Resolve.

The RTX 2080 TI is absolutely the best GPU from a performance perspective you can find except for the TITAN RTX. With a 1350 MHz base clock and a 1665 MHz sounds insignificant compared to other RTX GPUs, but when we look at the Cuda Core count of 4352, we see where the massive performance comes from. The RTX 2080 TI makes a fantastic video editing GPU because of the raw performance and the 11GB VRAM capacity. You’re able to work with high resolutions such as 8K with little to no problems especially working with DaVinci Resolve.

With RTX Tensor cores, you can expect a big positive difference in performance, especially in DaVinci Resolve as they’ve started leveraging these new cores since Resolve 15. What these new cores will do is accelerate the AI machine learning for graphics enhancement.

Unrelated to the raw performance, the cooling performance is surprisingly cool barely reaching 70C on full load. With the introduction of RTX turing chips. ASUS developed large coolers to keep the temperatures at bay. In terms of noise levels, the ASUS ROG STRIX 2080 TI runs really quiet as it’s able to completely deactivate the fans once the core temperature reaches below 50C, this feature is called 0dB mode.

The actual design of the RTX 2080 TI is fairly large. With a length of 304.7 mm, ensure in your PC case specification that the GPU length fits within the size specification. Output wise, it has 2 HDMI 2.0B and 2 DisplayPort 1.4 ports, and it has a maximum resolution output of 7680×4320(8K).

Moving on to the cooling performance, ASUS has mastered the arts of cooling especially with their ROG STRIX design. They have a lot of features that add to the excellent thermal performance since the turning chips run quite hot. First of all, the cooler is quite large so that means a cooler chip, and the Axial-Tech fans are able to generate powerful downward air pressure. Also, once the core temperature reaches a certain temperature, the fans will come to a standstill.

The design of the GPU is the ROG STRIX design which is fairly old and dates back several generations of GPUs. ASUS has had a lot of time perfecting the design over the years, they’ve created a balance between cooling and aesthetics.

The graphics card is quite large and sturdy coming in at 299.7 mm long. It has a nice solid backplate for extra durability which also passively cools the card. Connectivity-wise, it has 2xHDMI & 2xDisplayPort Ports.

Professional tier GPUs are perfect if you’re video editing at 4K and you want the extra juice the GPU offers. These GPUs sit perfectly in the middle, they tend to be in reasonable price ranges and offer decent performance for the money, especially for DaVinci Resolve.

The RX 2070 SUPER is a solid mid-tier option for video editing. It has enough processing power for 4K video rendering but can struggle at higher resolutions such as 6/8K. The 2560 Cuda cores run at a base core clock speed of 1605 MHz and a boost of 1800 MHz. This is still a solid GPU for the fact that it has a decent amount of Tensor cores of 320. It falls slightly behind the 2080 SUPER which has 384. Nonetheless, software such as DaVinci Resolve will utilize these cores. 8GB of RAM is more than enough to handle 4K videos, it’ll definitely provide a lot of headroom when working with 4K videos.

This is the second generation of the TWIN FROZR design, they’re known for their excellent thermal performance. It has the new TORX FAN 3.0 which aims to increase airflow thanks to its uniquely curved fan blade. Additionally, when the cores reach a certain temperature, the fans will switch off to eliminate noise. To passively cool the VRAM and VRMS, there is an aluminum backplate that will cool the power delivery components.

Design-wise, it has a futuristic fashion because of the peculiar contours and the well placed RGB accents. The build of the GPU is solid, it has a black and gunmetal grey design with a solid brushed metal backplate to increase the durability. As for the ports, you have 1xHDMI & 3xDisplayPort Ports. Always make sure the GPU fits within your PC case specification as it is fairly large with a length of 297 MM.

You’re either just starting out, or you’re looking for a budget system that can video edit decently at resolutions such as 1080 & 1440P. It is definitely possible to edit at higher resolutions with these cards but you’ll most likely need a decent CPU to aid it.

The GIGABYTE RTX 2060 SUPER is a top-performing GPU at 1080P & 2K with a decent price tag. It has 2176 Cuda cores with a core clock speed of 1470 MHz and 1815 MHz for the boost clock speed. These specs are not too far behind the RTX 2070 SUPER, it’s cheaper and it can edit proficiently up to 4K. It also has a decent amount of VRAM of 8GB, you’ll need this when you’re working with higher resolutions.

In terms of cooling, the GPU is quite advanced as triple fan designs are difficult to pull off due to turbulence. It has 3x80MM fan blades with the center blade spinning in an alternative direction. This allows for a smooth stream of airflow which you definitely want in a graphics card. The metal backplate also provides passive cooling which is always nice to have.

The design of the 2060 SUPER is clean and well constructed. It has a minimalist design to it because of the brushed all-black texture. On the contrary, it does have eccentric contours which give it a unique and futuristic look to it.

The fan blades on the cooler are designed in a way to enhance the airflow to the GPU. Aesthetically, it would make a great addition to any build since you can’t go wrong with an all-black GPU. The RGB on this GPU is minimal having it mainly show up on the discrete logo. For ports, it has 1xHDMI Port & 3xDisplayPort Ports

The GTX 1660 TI is a great beginner-friendly video editing graphics card, the price to performance isn’t too crazy, it’s the cheapest GPU on this list that offers decent video editing performance. Its specifications are pretty decent too having 6GB of VRAM allows for a lot of headroom with resolutions. The core clock speed is 1500 MHz, and the boost is 1830 MHz, and it also has 1536 Cuda cores. Unfortunately, the 1660 TI does not have Tensor cores which can be utilized by DaVinci Resolve. However, it does have Raytracing cores which may be beneficial in the future.

In terms of cooling performance, it uses the Twin FROZR design to keep the GPU cores at a low temperature. It uses the TORX FAN 3.0 which does a good job at static air pressure. As well as keeping the GPU cool, it also focuses on minimizing the acoustics. A valuable feature to have is the Zero RPM mode which turns the fans off when the cores are below 60C. On top of that, having a metal backplate to increase rigidness and passively cool the chips makes this a solid budget card.

The GTX 1660 TI VENTUS by MSI has a very premium feel to it. It has two high-quality airflow fans, and a sturdy backplate to improve the durability. By knowing this, you can be sure that you’re picking up a high-quality product that won’t break on you in a few months.

The color scheme is quite simple, it has a grey metallic outer shell, and black fans, overall it’s a pretty clean looking GPU. Unfortunately for some, there is no RGB on this GPU but we can be thankful that such missing feature has no impact on gaming and video editing performance. As for ports, it has 1xHDMI & 3xDisplayPort Ports.

Recommended By The Editor